We hear so much about how Christmas is the “Most Wonderful Time of The Year!” We sing songs about “Tis The Season To Be Jolly.” Yet many have experienced real gut wrenching loss this past year, and other years previous. Jolly doesn’t flow so easily when you are journeying through the Valley of The Shadow of Death.”

Well. I want to offer you some H.O.P. E: Please view the video below if you are looking for hope.

Today experience the R.E.S.T. (Rocksolid Eternal Spirituality Today)  as you learn about the blessed hope we have on this first Sunday of Advent.  There is NO greater HOPE.

It is for freedom that Christ has set us free.
Stand firm then, and do not let yourselves be burdened by the yoke of slavery.
Stand firm: Galatians 5:1

When the greatest generation was young, they faced what appeared to be almost insurmountable odds at being free. The very existence of the nation was in the balance. It was win or lose. Be free or be slaves. Therefore, they served in the most horrific war this world, so far, has ever known.  And they had to really fight to win that freedom. The President at the time, talked about the four freedoms, and later an artist, Norman Rockwell,  painted portraits of each of these.

The nation became inspired by these paintings, and all 140,000,000 people took hold of these. They placed their faith in these. These Four Freedom Portraits were vital in helping the United States citizenry grasp how vitally important freedom really is.

Freedom was important to them. It was so much so that 14,000,000 put on the uniform to serve. Four hundred thousand died and hundreds of thousands more were maimed by the visible an invisible wounds of war. As a matter of fact, virtually every single person in the nation pulled together to overcome the tyranny of Hitler, the Emperor of Japan and Mussolini of Italy. Blood was shed in order for the whole world to become free.  Millions upon millions of people in other nations were liberated largely because of the valor of this greatest generation.

The Greatest Freedom Of All:

Eventually VE Day (Victory in Europe) and VJ Day (Victory over Japan) came, and our families were reunited back home, and they were free to speak, worship, overcome the challenges that fear presented, and they were free to build a prosperous nation to help alleviate want; however, these did not make possible the greatest freedom of all: The Freedom that ONLY Jesus, who is the Christ, can give. Try as you might, there is a freedom that is for now, and all eternity, that is made possible through Jesus. It is ultimate freedom.

This freedom had/has only one Freedom Fighter, and His name is Jesus.  He is the one who was “Wounded for our transgressions! (our law breaking sin), He was bruised for our iniquity. (our premeditated sin) His punishment brought peace to us peace. (We were provided, by Jesus taking our place, freedom from punishment of sin, if we make Him Lord of our lives.) And by His stripes we are healed.” We are healed from bondage to the enslavement that sin brings on us. As Jesus told us, “If you commit your life to sin, it will enslave you.” Ask any alcoholic or person enslaved by drugs. Ask any person who has yielded their lives to sexual sins. Ask anyone who has given in to the sin of pornography. Ask the pathological liar how easy it is to stop lying. Sin enslaves you, if you give your life over to it. 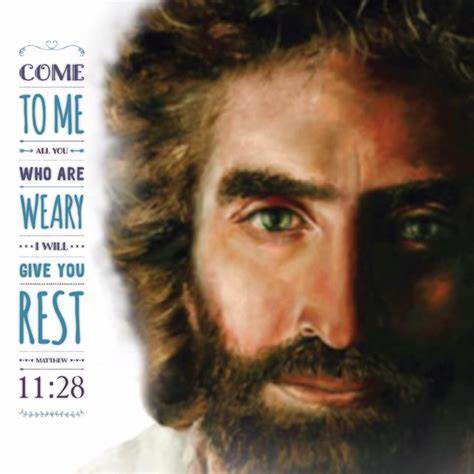 However, the resurrected Jesus says to you today, “If the LORD sets you free, you are FREE indeed!” Yes indeed! If you turn from your brokenness and sin, (repentance), and you surrender, by faith to Jesus, He says He will forgive you! He says you are declared holy, and are transformed, day by day, to be holy. (Healthy.) The chains are broken, and you are forgiven of every sin. But more: You are delivered from evil. The Lord, as Jesus Himself says, sets you free.  He transforms you to be a new creation. All the old stuff is gone. A new life is waiting for you. 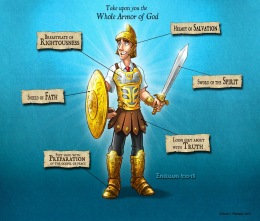 Walk daily with your Lord. As you get up, surrender your life to Him … give up. Clothe yourself in Christ… dress up … by putting on the armor of God, (armor up), and you will be able to stand against anything Satan can throw against you. (Ephesians 6:10-20.) You will then be powered up to walk, one day at a time, with Jesus. You will have the stuff to be enough. You will stand firm, and you will not let yourself be burdened by a yoke of slavery.  Daily focusing the locus of the focus, of each new day, as you practice these spiritual practices, will result in our Lord’s powerful Holy Spirit flowing throughout your life. It will unleash God’s wonderful freedom making grace in you and through you.

Listen  To and View This CAUTION
Then Experience R.E.S.T In The Lord As You Do!
MAKE The Right Choices!

Jesus Cautions you and me regarding who we are to follow, and how we are to know which people are the right people to lead us, guide us and direct us. Take time to watch this video, and understand how important it is to Jesus that you walk on His “Stepping Stones to Victorious Christ-Centered Living.”

Get your own copy of Rock Solid Living In A Quicksand World-Rewind  at any online book store like Books a Million, Apple I-tune, Amazon and others. It’s written in Kindle, Paperback and Hardback.   In the book, as you examine chapter three,  you will expand on this Jesus’ caution by learning about what fruit to look for. Specifically,  you will learn about what God is talking about, as you learn of the “Originalist” design of God’s Ten Authentic Kingdom Teachings that secularist don’t want you to know about. And you will learn about the Challenging Counterfeits that are being pontificated by modernist.  You will learn about how these false prophets think they are all “that,” but then are decimated when they give account of their lives before their Judge, Jesus! There is much more written, on these pages, that can change your life for good and forever, as God guides you into becoming an expert “fruit inspector.”

Watch The Video With Me.

I am wondering if I can get the assist of my followers. According to my Rock-Solid page on Facebook, I have over 300 followers. I would love to get 1000 or more.  Will you help me help others find and or experience  R.E.S.T. (Rocksolid Eternal Spirituality Today.)  Please ask all your friends to come to this page and follow it. Just click on the “Follow” button at the right bottom of your screen.

My book Rock Solid Living In A Quicksand World-Rewind shares how to have a rock solid foundation for individual and national authentic Christ pleasing life.  This site is a way to rest both now, all the way to eternity, where you will meet your Creator face to face.

May you R.E.S.T in Christ Today.

You Can Find Victory In Jesus
As You Face Every Storm.